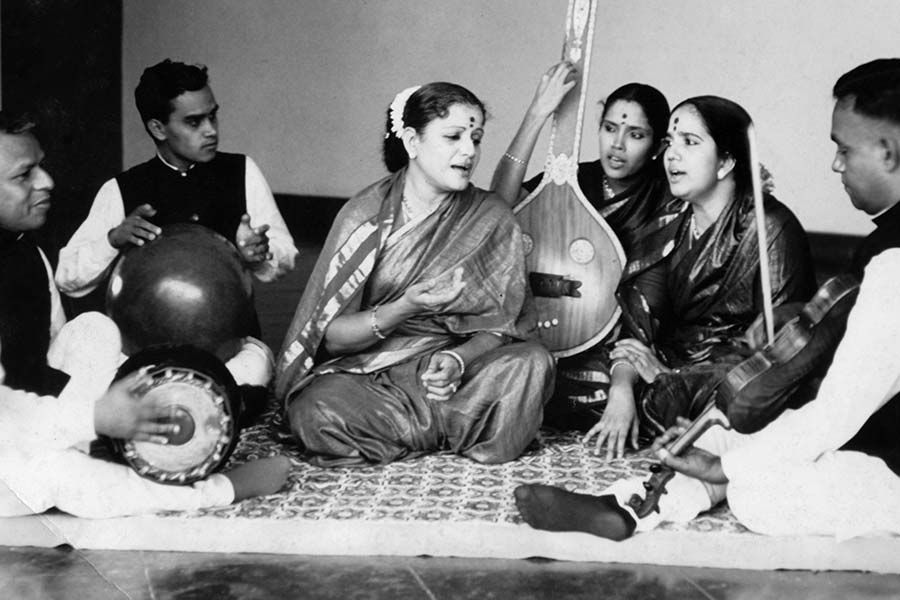 This blog is based on the book MS & Radha: Saga of Steadfast Devotion, gifted to me by my friend, Anant. Before he gifted me this book I was oblivious of the priceless treasure of Carnatic music and the music goddess MS Subbulakshmi.

Born and bought up in Madhurai, MS (as she is affectionately known) grew up in a very strict and orthodox atmosphere. “We were poor, but rich in music.” MS said once. 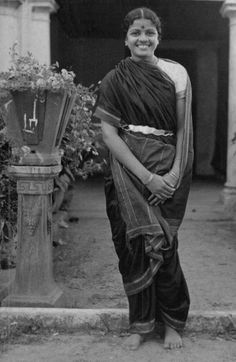 At a very early age it was not just singing that came naturally to her, she absorbed music like a blotting paper. It is quite interesting to know that as a child when her family couldn’t afford radio, her neighbor used to play Marathi Bhajans (Marathi devotional songs) and just by listening she picked it up and practiced until she perfected her pronunciation.

MS from an early age was exposed to concert music and musicians, for musicians who came to Madhurai to give concerts, rarely left without greeting, Shanmukhavadivu, MS’s mother and a Veena player.

MS was married to T Sathashivam, a freedom fighter, a person of who was more concerned with the destiny of nation, than personal advantage. Sathashivam was extremely caring and was dedicated to provide the best prospects to MS, he was also short tempered especially when anyone, questioned or disrespected MS, himself or music. MS always gave all the credit of her success to her husband “I am indebted to him…ignoring his own comforts and conveniences he has labored day and night to bring me name and fame.”

Due to his political involvement, MS was able to have an audience of the whos who of the political scenario at that time, including Gandhi ji and Jawaharlal Nehru. Maybe it was Subbulakshmi’s good fortune that the right people came into her life at the right time, but MS was soon a national icon and an international celebrity.

In the days of Indian freedom struggle, MS’s music was not just entertainment, but it stroked the idea of truth, spirituality, patriotism, sacrifice, compassion, ahimsa (non-violence) & aparigraha (to give away/ tyag).

The book is filled with remarkable heartwarming stories of her life which will leave you awestruck. For example, Once during the studio recording of Meera’s songs in Bombay, a lanky girl with twin plaits heard Subbulakshmi for the first time & refused to record after her, “not today, not after that” she breathed. That girl was Lata Mangeshkar. 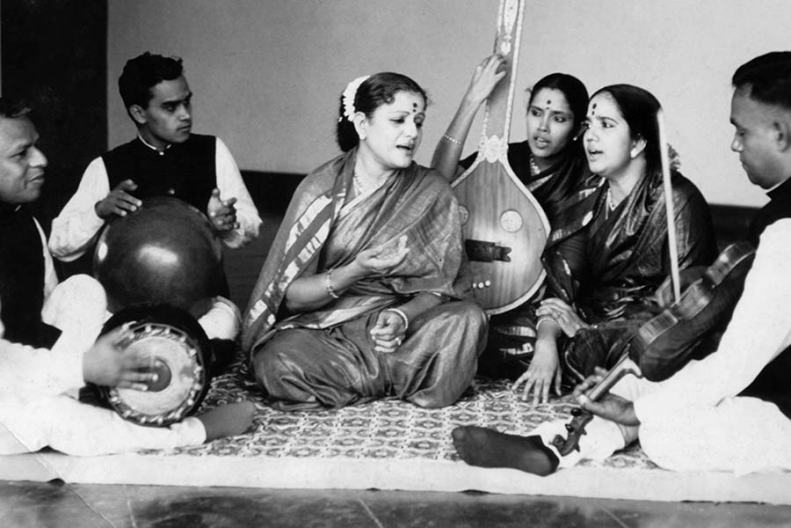 MS wasn’t only a singer, she was devoted to music.

Even if the heart abandons the art it had absorbed & eye fails to blink,

I shall not forget the lord who resides within pure souls.”

These are the lines from one of her signature Tamil songs and it is an appropriate example to show that for MS music was like worshipping god and she was absolutely devoted to it. For her even at the age of 81 years, every concert was an examination for which she practiced with sincerity.

She would deliver the most complex performances with demonic practice and incredible memory. MS invariably condemned looking at the written lyrics while singing; she felt it was an insult to the composer. “How can you experience the feeling of the verse, if you are unsure of the words?”

For her, performance was not the end of music, if was merely an outward manifestation of a long process of internalization whereby melody & meaning became a part of singer’s psyche.

To MS every audience was important, once two villages walked 20 miles, but arrived too late for the concert, when they knocked at the door; despite being tired she made them sit and sang for them with same shraddha.

She treated the drivers of VIPs who visited her place with equal respect and were served with the same food. She donated all the wealth she earned for charity and kept only 7 saris in her wardrobe.

Awards and honors of every kind rained upon MS throughout her life, yet she remained unchanged and untouched by all that adulation. It is funny how she was afraid of cockroaches and lizards and never slept without beaming her torch on the ceiling to check if a lizard had strayed in, yet how perfectly she performed in front of thousands of people. MS was docile, brought up in a very strict environment, yet she did not hesitate in making strong decisions, despite stren disagreement with family. This shows, she was strong when needed.

However at the same time she would surrender to her husband and despite all the fame and honour she earned, never did she forego her household duties. She was able to raise four kids very lovingly and did all the household chores. Of course there were times when she needed help, but this a very important thing to note for a modern day woman, struggling for more time.

This book is also filled with lots of amazing pictures of her life, which makes it an interesting read. It has also taught me so many things, life skills, morals, innocence, childlike devotion and a lot more. And now I am off to listening to MS Subbulakshmi’s songs on YouTube.