Shakespeare’s Hamlet recently caught my attention. When someone mentioned this phrase, “To be or not to be” I couldn’t help but purchase the book. I already knew about the tragic story of Hamlet, where his father is murdered by his uncle and his mother marries his uncle too soon. Hamlet is devastated, and in fact considered a lunatic by many. That’s when he eventually considers the question,

To be, or not to be- that is the question;

Whether ‘tis nobler in the mind to suffer

The sling and arrows of outrageous fortune,

Or to take arms against a sea of troubles,

And by opposing end them? To die, to sleep-

Meaning, whether to kill his uncle and take revenge or to suffer all his life with the pain of reality. 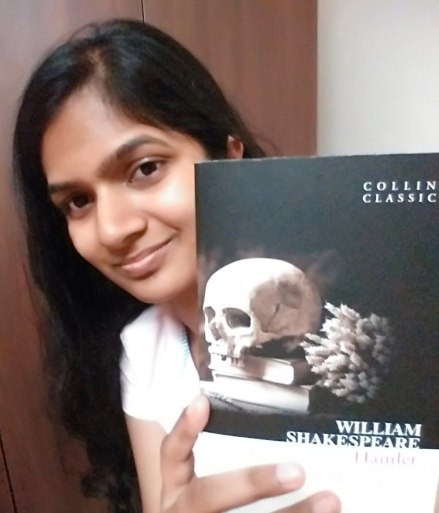 The thing we need to consider is that, the question, to be or not to be has always been and is there in our lives. To take revenge or not to take revenge, to forgive or not to forgive, to be with family or not, to tell the truth or not, to pee or not to pee (hehehe) It is an everyday question that will haunt every human being forever.

Hamlet is considered as Shakespeare’s most enigmatic work- ‘the most problematic play ever written by Shakespeare or any other playwright (Levin, 1956). And I agree, in my free time, I often think about Hamlet and ponder upon the classic question, To be or not to be!

It is debated in literary circles about the originality of some of these proverbs. Some of them are considered to be preexisting and merely made popular by Shakespeare, while some are invented by him. (I haven’t mentioned it here, for I don’t want to bore you). I haven’t even done this literary analysis of these phrases.

Give every man thy ear, but few thy voice

Take each man’s censure, but reserve thy judgment

Neither a borrower nor a lender be;

For loan oft loses itself and a friend,

And borrowing dulls the edge of husbandry.

When the blood burns, how prodigal the soul

Something is rotten in the state of Denmark

Brevity is the soul of wit

To be honest, as this world goes, is to be

one man pick’d out of ten thousand

for there is nothing

either good or bad, but thinking makes it so.

conscience does make cowards of us all;

Where love is great, the littlest doubts are fear;

Purpose is but the slave to memory,

Of violent birth, but poor validity;

Most necessary ‘tis that we fought

For ‘tis a question left us yet to prove,

Whether love lead fortune or else fortune love.

I must be cruel only to be kind;

When sorrow come, they come not single spies,

Importance of Shakespeare in our lives today

William Shakespeare has been influencing our language and our lives since the last 450 years; whether you know it or not. I feel it’ll be interesting to know more about it. Not reading Shakespeare is like having a secret garden in your home and not knowing about it and neither wanting to know about it (some might disagree with me, but read on).

William Shakespeare a.k.a the man of all times; it means, for instance, there are some movies we love as a kid. But after few years when we grow older, we think how lame it is. Likewise there are some books or stories which we liked as a kid or kids in 16th Century liked it, but now they’ve become completely obsolete. In case of William Shakespeare, those stories written centuries ago are still relevant today, and will be in the coming centuries, I bet.

He invented about 1700 words in English, by changing nouns into verbs, verbs into adjectives, using never before used prefixes and suffixes, etc. For example, I came across this interesting word while reading Hamlet,

And for my means, I’ll husband them so well

They shall go far with little.

Now here, what is the meaning of husband? The word husband is used in a verb form which now means, use resources economically. This is

Not only this, Shakespeare also inspired other novelists like (notably) Charles Dickens, Thomas Hardy, William Faulkner and many more.

However, I’m a person of many contradictions! I’m also of the opinion that, Shakespeare is full of classism, sexism, racism and defunct social mores. Then why are his plays so popular and praised world wide? Where does this idea come from that Shakespeare was the man of all times and his plays are universal?

There is no doubt about how much English language owes to Shakespeare. But could there be any other reason for Shakespeare’s popularity other than literary merit? Is it that our respective ancient literature books are so deficient that we have to adapt the literature of a foreign origin? Maybe the answer lies in the colonial strategy of using cultural dominance as a weapon for increasing their dominance.

Cultural imperialism, with the help of cultural commodities, i.e. products of the print and audio visual industries was and is used as a strategy for transmission of ideas, values and ideologies; this is often seen as corrosive to the recipient culture.

The life time of Shakespeare was also the time when European nations where the rising imperialistic powers who were facing the challenge of thriving Indian economy (there could be other counties as well, but I’m only aware of India) and to counter the same they used Cultural Imperialism as one of their strategies. Shakespeare (with all due respect) was a powerful tool for spreading the “apparent Doctrine of European Cultural Superiority”.

Shakespeare’s plays, if one reads for the first time will (most probably) find it hard to grasp; firstly because of the early modern English (Shakespearean Language) and secondly, because every play leaves a huge scope for the director and the actors of the play to inject as much creativity as they can. Meaning, by solely reading the play one may (most probably) not really understand the essence of the play or the emotion (or the madness of character).

Therefore to really enjoy Shakespeare’s work, one must obviously read the book, and then watch it’s play, enact it’s play or watch an adaptation. And that will make the entire experience unforgettable.

The most notable performance of Shakespeare’s Hamlet which is being talked about internationally is Barbican’s Hamlet being performed at the National Theater, London, starring Benedict Cumberbatch. This play has no recordings yet and has only been telecasted live in selected counties at selected venues (which I missed 😦 ). I do hope they’ll record it in the near future.

Hamlet has also been adopted in a number of movies, such as, Lion King (1994). Indian Film Industry’s Haider is a brilliant adaptation of the play. One might not be able to appreciate it if oblivious about Hamlet. Vishal Bharadwaj’s insightful direction and impeccable acting has done a creative job in portraying the madness, darkness, wit and passion of each and every character. (Please watch if you haven’t) 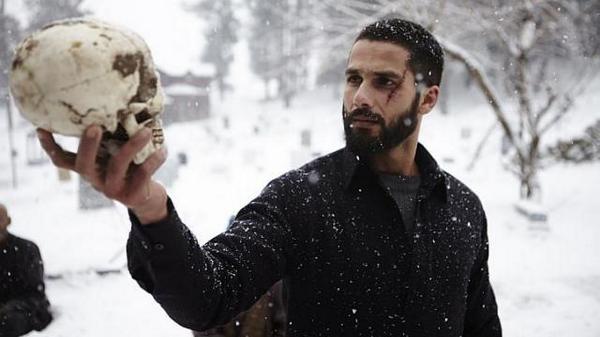 About the author- William Shakespeare himself

I didn’t do the tedious task of writing about his life, when BBC has done it so well. (hehehe)

It is said that Shakespeare’s plays are meant to be enacted and not read. Unlike some schools, Shakespeare was not really a part of my syllabus, except a part of the Julies Cesar. Luckily my teacher asked us to enact it, but despite that it never made an impact on me. I still don’t remember a thing.

I am of the view that Shakespeare shouldn’t be really forced on school kids, it hardly makes an impact on kids especially the way it’s taught. If it’s enacted properly with the help of some teachers and the right kind of emphasis is give to it, instead of just for passing exams, it would be a great learning and memorable experience for them.

PS: I write my blogs with a lot of effort and passion, so if you enjoyed it don’t forget to follow it, like and share it among your friends as it’s my only incentive. And for any queries, comments or if disagree with me don’t forget to write to me in the comment section below and I would love to reply to it. Thank you 🙂

7 Replies to “Hamlet & the world of Shakespeare”