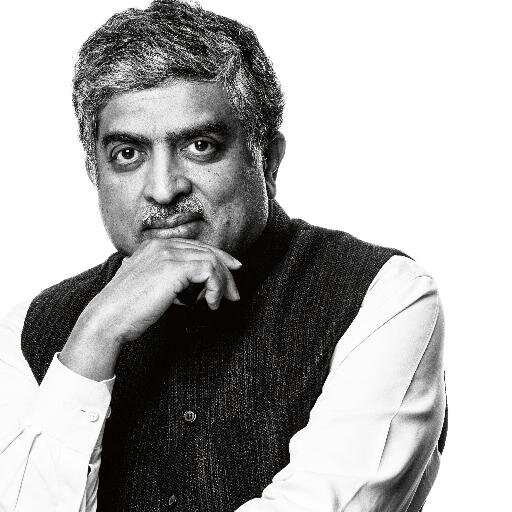 Most countries have a unique identification system for their citizens; for the purpose of carrying out government related functions like taxation, government benefits, employment, health related schemes, etc. For instance, USA has a Social Security Number, Australia has a Tax file number, Germany has a German Social Security Number, Canada has a Social Insurance Number,  United Kingdom uses National Insurance Number, Nigeria has a National Identification Number, Brazil has a Registro Geral, Iraq has Identity Certificate, etc. And more than 60 such countries around the world take biometric data from its people. Likewise, India presently is in the process of regulating its citizen identification system with the help of Aadhaar Card i.e. a 12 digit Unique Identification Number. Any Indian resident (someone who has been residing in India for at least 182 days in a financial year or 365 days spread out over four consecutive years) can obtain an Aadhaar card by providing-

India is in the process of making world’s largest biometric database for and of it’s citizens. It is even looked upon as a model policy overseas. Countries like Russia, Morocco, Tunisia are making an effort to make similar policies in their respective countries. However, here in India, so far it’s implementation looks sketchy. Here we shall look into the ‘whats’, ‘whys’ and ‘hows’ of it; and also try to understand, do the pros outweigh the cons?

How did Aadhaar start in India?

After the Kargil war, in 1999 a Kargil Review Committee was formed for the purpose of study of India’s national security. It was headed by K. Subramaniam. He proposed that the citizens in the border area be issued a National ID.

By 2001 the then Atal Bihari Vajpayee Government accepted the proposal and decided to issue a mandatory National ID to every citizen, starting from the border area on priority basis. In 2003 L.K. Advani even introduced The Citizenship (Amendment) Bill, 2003 for amending the law which would be in sync with this new initiative. 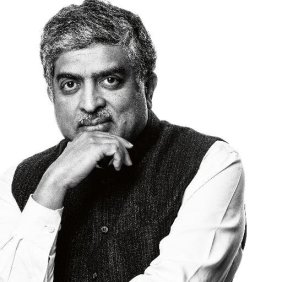 The United Progressive Alliance Government in 2009 further established UIDAI i.e. Unique Identification Authority of India under the Planning Commission. Nandan Nilekani the co-founder of Infosys was appointed to head the project.

In 2010, the name Aadhaar and its present logo was launched. And that’s how it started, a bona fide policy.

What are benefits of Aadhaar?

The intention of this entire painstaking process is of course to provide good governance, efficient, transparent, and targeted delivery of subsidies, benefits and services, the expenditure for which is incurred from the Consolidated Fund of India, to individuals residing in India through assigning of unique identity numbers.

Since relatively a very small percentage of people residing in India have proper identification proof such as driver’s licence, birth certificates, PAN card, etc, it makes good governance in India very difficult. This fundamental defect does not only have a negative impact on Indian governance but also costs her dearly. Most of the public welfare schemes do not reach the beneficiaries, causing loss and misuse of tax payer’s money.

It makes the system of transferring direct benefits to people effective and efficient. Meaning, this system will be able to eliminate ghost or duplicate accounts, as every resident has a Unique Identification Number which is linked to their Biometric data. Moreover, even if a person has changed his/her place of residence he/she can still easily avail respective benefits.

Importantly,  this system shall also prevent leakages through the Public Distribution System and in turn put country’s Consolidated Funds to efficient use. How? Suppose, ‘X’ a beneficiary goes to the nearest fair price shop to buy monthly quota of ration, if the shop has a Biometric authentication device connected to the entitlement database, it will make sure that only ‘X’ can avail such benefits. Therefore, every transaction will be authentic and will prevent system leakages. Gradually more and more Government departments and private institutions are encouraging Aadhaar use and in return are providing faster, simpler and easier access to facilites.

A case in point is DigiLocker. DigiLocker is an important pillar of the Digital India programme. It is a secure platform for Indian citizens to store and access documents on electronic repository provided by Government of India. It aims to cut down paper work. It, for instance, allows people to store a digital version of  their driving license  and vehicle documents on the DigiLocker, sparing them the trouble of keeping the hard copies with them all the time.

Simply put, as more and more people start using Aadhaar it will improve India’s governance efficiency manifolds by bringing all the residents on record and thus consequently directing schemes and benefits to the real beneficiaries and stop the fund leakage.

What are the drawbacks of Aadhaar?

The biggest topic of debate when it comes to Aadhaar is it’s effect in the absence of privacy laws. Because of the vagueness of Supreme Court’s opinion on whether Right to Privacy is a Fundamental Right or not, Aadhaar could be one of the biggest man-made disaster.

The phenomenon of mass data theft, hacking, etc is not unprecedented. If the Right to Privacy is not a Fundamental Right, then in an unfortunate event of mass data theft, the effected citizens will neither be in a position to claim for compensation not hold anyone accountable. Such stolen data will be of vital importance as it includes people’s biometric information which is going to be their’s for life.

Aadhaar’s poor implementation is raising serious doubts. It has been observed that Aadhaar is being issued to illegal immigrants from neighboring countries like Pakistan, Bangladesh, Nepal, etc which is obviously counter-productive. There have been cases where people without any identification or proof of address have gained access to Aadhaar by paying money to the enrollment officer. Such officers shall obviously facing legal consequences, but with respect to India’s present of rule of law status, such legal consequences do not seem to have any deterrent effect.

What is the present Aadhaar controversy?

The Aadhaar (Targeted Delivery of Financial and other Subsidies, benefits and services) Act, 2016 made Aadhaar voluntary for Indian residents, however, gradually the Government is now making it mandatory. One’s Aadhaar number is being asked everywhere, whether it is for filing Income Tax return, getting married, obtaining or keeping a PAN card, getting access to social benefits, filling up examination forms, etc.

Although, the Act and Supreme Court have maintained the voluntary nature of Aadhaar, the Government of India is heedlessly following its own whims and fancies. This shows inconsistencies between Legislative, Executive and Judiciary at a very early stage of implementation of this law. Moreover, the Privacy Law lacuna in Indian Legal system is adding up the recipe of a complete disaster of a bona fide policy.

Despite the seriousness of the situation it is baffling to know that the Supreme Court has kept this matter pending for hearing for more than 1 year and 8 months. With executive order of making Aadhaar mandatory from 1st July onward Supreme Court’s silence on status of Privacy Laws and Aadhaar Law is literally risking the lives of 1.2 billion people.

Amidst all the negative news, it is very important to understand that, Aadhaar is just one of the possible threats to our privacy. Our Right to Privacy can be breached by a number of ways such as, smartphones, CCTV cameras, Biometrics in offices, drones, etc.

Through smartphones, our conversations can be recorded, location tracked, thumb impressions gained, etc. There are internet companies that are unaccountable to Indian Laws and can share user’s data to foreign governments, let alone our own government.

There are no laws regulating CCTV cameras in Malls, ATM booths, Bus stands, Railway stations, Hotels, Airports, etc. There cameras have face recognition technology, can scan our iris from a distance, etc

Therefore, Right to Privacy is an irrefutably important matter, but Aadhaar is not the only threat to it.

What is the solution to it?

With the emergence of new types of white collar crimes, the world needs corresponding Policies, Laws and Technology to counter it. Likewise, with better governance comes more sophisticated criminal activity for which India needs more secure technology, modern Information Technology Laws, Data protection Laws and Privacy Laws and above of Rule of Law.

Legal facts you should know about

In 2010 the Parliament tried to pass the National Identification Authority of India Bill. The Parliamentary Standing Committee on Finance, however found the bill unsuitable because of possible national security and potential privacy violations.

If the Aadhaar initiative is implemented well, it can solve many of India’s administrative issues and even make everyday life easier. It can make doing business easier, make things smoother for start ups, make governance more efficient and effective. It can also help in prevention of crime and even act as a deterrent.

Like any other policy, Aadhaar too has it’s share of merits and demerits, whether its theoretical or implementation based. However, without Privacy Laws in place and proper implementation, it’s demerits shall outweigh its merits.

As you all know this is an important issue concerning all of us, so do not hesitate to share it among your family and friends. The more aware we are, the less vulnerable we shall be.

There are many aspects of it that I must have missed. You are most welcome to mention it along with your opinions, in the comments section below. Thank you 🙂